Action for Choice campaigns for free, safe and legal abortion in Ireland, North and South.

Women are not vessels says Action for Choice 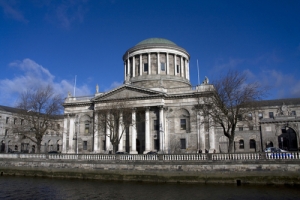 Action for Choice welcomes today’s decision by the High Court to respect the wishes of the family of the pregnant woman who was declared clinically brain dead. Following the medical judgement of her doctors to allow her to be taken off life support was the only humane course of action. We hope that her family may gather some small comfort from the decision after the trauma of the past weeks and may finally lay her to rest.

However, we are gravely concerned that the presence of the eighth amendment in the Irish Constitution necessitated this horrific legal intrusion into their grief and we call on the government to call an immediate referendum to repeal the eight amendment.

Spokesperson for Action for Choice Alibhe Smyth commented: “If further evidence was needed about the dangerous presence of the Eighth Amendment in the Irish constitution this tragic case provides it. Once again a woman and her distressed family have been dragged through the Irish legal system in order to have their most fundamental rights respected. How many more women will it take before this government concedes to the will of the majority of people in this country and calls for a referendum to repeal the Eighth Amendment? Article 40.3.3 serves no one well and has resulted in some of the most barbaric attacks against women’s rights in Ireland. ”

Further commenting Sinéad Kennedy said: “Must we keep knocking on the doors of the courts every time a pregnant woman requires serious medical treatment? In this case all seven of the doctors who gave evidence to the High Court agreed that medical treatment should be stopped and there was no realistic prospect of the foetus being born alive even if medical treatment was continued.

“We are also gravely concerned that the High Court reached its decision by foregrounding the ‘best interests’ of the foetus and by it failure to fully vindicate the woman’s right to dignity, only stating that it should “not be disregarded”. Furthermore, the court appears to have extended the eighth amendment beyond the context of abortion by addressing a general right to life of the foetus, which could have dangerous consequences for the medical treatment of pregnant women who only have a constitutional right to life and not a right to health. Pregnant women must be allowed to make decisions in the best interests of their own health and well-being; They are more than simply vessels.”